A Guide To Wedding Party Roles and Responsibilities

A GUIDE TO WEDDING ROLES AND RESPONSIBILITIES

Once there’s a ring, it’s time to start thinking about choosing a wedding party. If you’re a newly engaged bride-to-be, you might be asking your best friends to be in your bridal party and if you’re a friend to the couple, you might be wondering what your responsibilities will be after accepting your invitation into the bridal party.

While most traditional parties include specific roles, it’s ultimately up to the bride and groom on how they would like to designate tasks. There could be multiple maid of honors, a mixed wedding party or even a puppy standing by your side on your special day. At the end of the day, it’s entirely up to you.

The members of a wedding party typically include close friends and family members that the couple wants at each of the events leading up to the big day. This special group of people aren’t just there for the photo-ops or to hold the bouquet; they’ll be there to help keep the couple anchored through the stress of planning the special day.

With that said, let's discuss common wedding party roles and the responsibilities for each.

Choosing who to include in your bridal party can be difficult. The last thing you’d want to do is upset anyone by not including them. However, it’s important to remember that this is your day so you choose whoever you want standing by your side. Best friends, siblings, cousins, and close friends are oftentimes chosen. Read on to see the breakdown of traditional roles.

The Maid of Honor is a bride’s right hand-person. This role is known for being the bride’s honor attendant and is usually the bride’s sister or best friend. If the bride selects a male for the role, he would be known as man of honor. This position holds the highest honor in the entire wedding party and there are multiple maid of honor responsibilities which may include:

Their wedding day responsibilities can include adjusting the train, fixing the veil, holding the bride’s bouquet, and making a toast to the newlyweds. But most importantly, they’re there to be the backbone for the bride and give emotional support throughout the journey of wedding planning.

The best man is typically a relative or best friend to the groom. They serve as the fashion consultant, organize the bachelor party, and are the leader of the groomsmen pack. His responsibilities typically include:

He usually writes a speech for the reception and gives any support that’s needed to the bridal party or the coordinator.

This trustworthy group consists of the bride’s closest friends and family members. They have an active role in supporting the maid of honor and helping with pre-wedding tasks such as:

Bridesmaids are often expected to keep the party alive on the dance floor and ensure that any last minute surprises on the day of the celebration are taken care of. It’s also important to note that if any of your bridesmaids are currently married, the correct terminology for them would be matron of honor. Their responsibilities still remain the same, they just have a slight difference in their name title.

Groomsmen are on the male side of the bridal party and usually consist of close friends and relatives. While the best man holds the highest title, the groomsmen are typically responsible for:

They also decorate the getaway car if the couple decides to have one and act as a resource to help guests during the ceremony and reception.

A junior bridesmaid or groomsmen is typically a younger member of your wedding party that falls between the ages of 9 to 16. They may be a younger sibling, niece, nephew, cousin, even daughter or son.

They’ll attend all major age-appropriate functions leading up to the wedding day, (excluding the bachelor or bachelorette party, of course) and help with the same responsibilities as the senior bridal party. Junior bridesmaids are often also included in getting ready with the bride on the big day and may have their own version of a bridesmaids dress.

In addition to wedding party roles, it’s also important to note the positions of those that will be participating on the actual day of the ceremony. Though these responsibilities may be smaller, they’re equally important to consider when it comes to the planning process.

While not all couples have a flower girl, this position is typically taken by a little one that ranges between the ages of 3 to 8. They have the charming role of scattering flower petals along the aisle way, just before the bride walks down to the altar. Flower girls typically wear flower headdresses or crowns.

Typically a younger boy or girl between the ages of 4 to 8 holds the position of ring bearer. They’re in charge of walking down the aisle before the flower girl and carrying a small decorative pillow with two wedding bands tied to it. If you’re concerned that they might get lost, consider giving the little one fake bands just in case.

If you plan to include your pet on your wedding day, one of the easiest ways is to have your pet walk down the aisle. Your pet is the ultimate companion, so why not have them beside you on your special day?

If you’re concerned about them walking without a leash, have one of your bridal party members walk down the aisle with them. That way, they’ll be able to be with you during the ceremony.

Often confused with the groomsmen role, ushers have a few responsibilities during the wedding planning process and the day of the celebration. They’re in charge of greeting guests and showing them to their seats. These roles are usually taken up by additional friends of the couple. Users also wear matching suits that differ from the groomsmen’s attire.

Whether you choose to plan a religious ceremony or not, you will need an officiant for the ceremony. The officiant could be a religious cleric or even a close friend of the couple.

Depending on what state you’re tying the knot in and if you choose to have a loved one be your wedding officiant, they will need to be legally ordained or obtain a one-time license to perform the marriage. The officiant has the responsibility of performing the ceremony and making sure the marriage license is taken care of.

The Parents Of The Couple and Their Roles

While the wedding party may take over most of the responsibilities of planning and delegating, the role of the parents of the bride and groom are just as important. They’ll be your backbone throughout and each have their own important role when it comes to the planning process.

Father and Mother of the Bride

Needless to say, the Father and Mother of Bride have an important role. Traditionally, the bride’s parents pay for the bulk of the wedding. However, over the years, cost is typically covered between both families or even by the couple themselves. The mother of the bride typically spends the beginning of the day helping the bride get ready and making sure the gown fits perfectly. The father of the bride has the important role of walking the bride down the aisle and participating in the traditional father-daughter dance.

If you don’t want either parent to feel left out in walking you down the aisle, consider having both parents with you as you head towards the altar. They both also have the key responsibility of making a speech during the reception, usually thanking guests for coming and congratulating the happy couple.

Father and Mother of the Groom

Though the bride’s parents usually take formal responsibilities, it doesn’t mean that the groom’s parents don’t have equally important roles as well. The mother of the groom is there to lend support to the groom and serve as a co-host on the special day. She may help with narrowing down the guests list, or with decoration ideas.

The wedding party will have an active role in helping the couple plan and carry out many different responsibilities. It’s important to remember that who you designate each role to is a personal decision between you and your partner. Make sure to choose those that will be there for guidance, support and all the small details in between.

Are you ready to start looking for your perfect dress? Head to our store locator link to see where you can find an authorized Moonlight retailer near you to say yes to the dress! 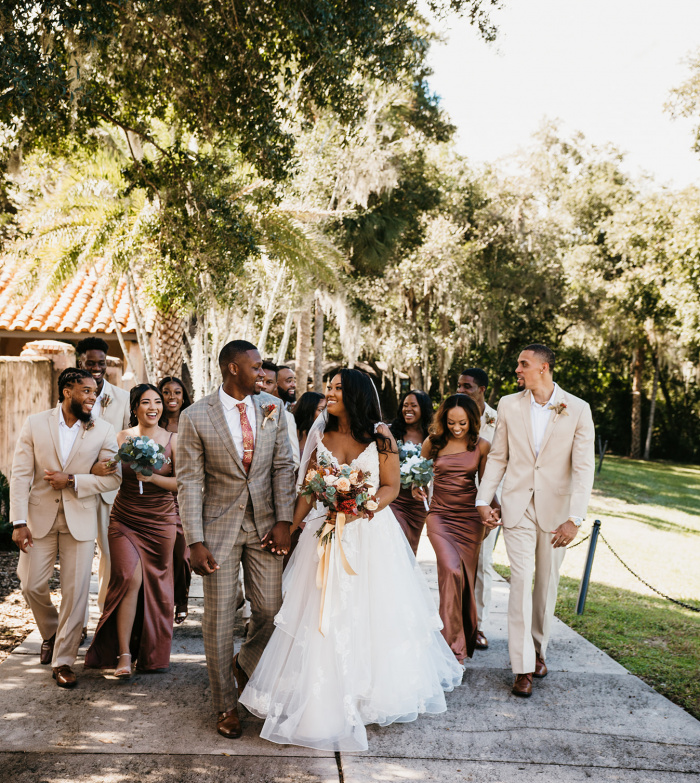 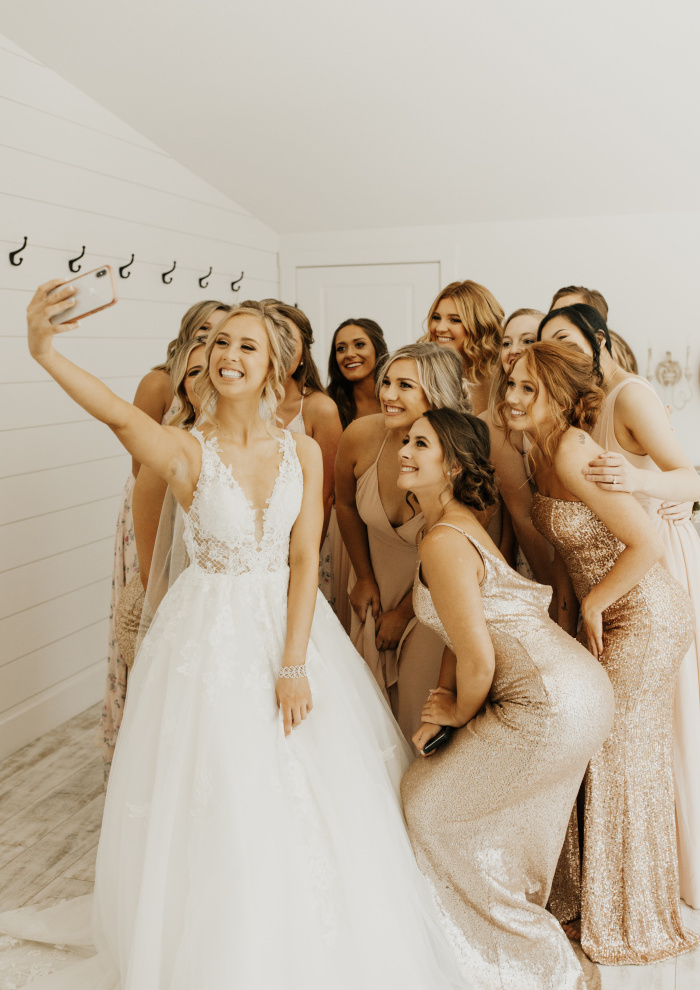 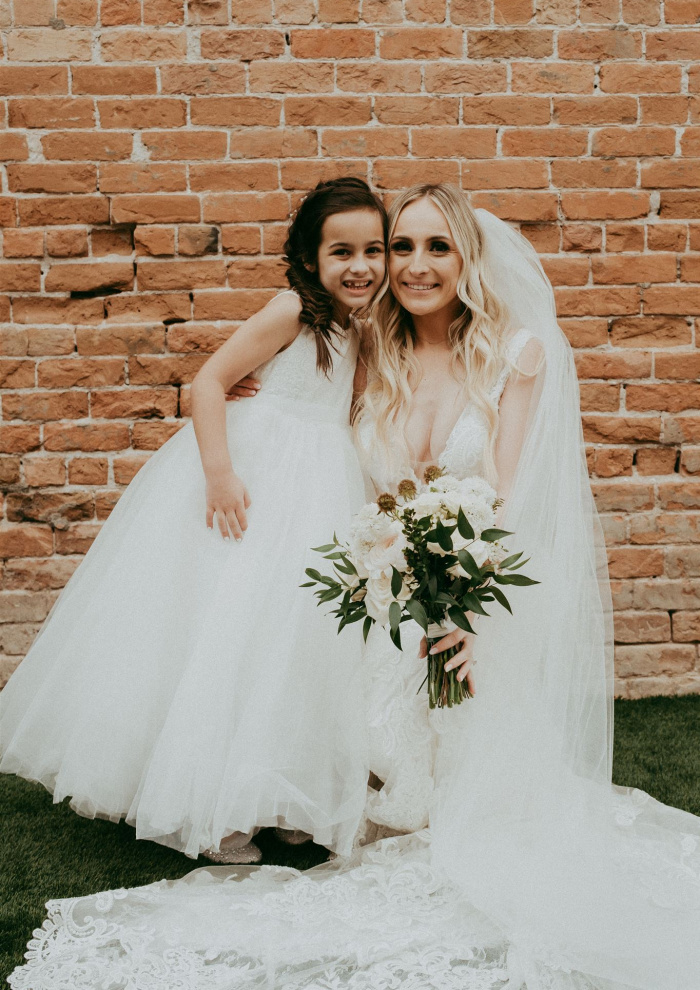 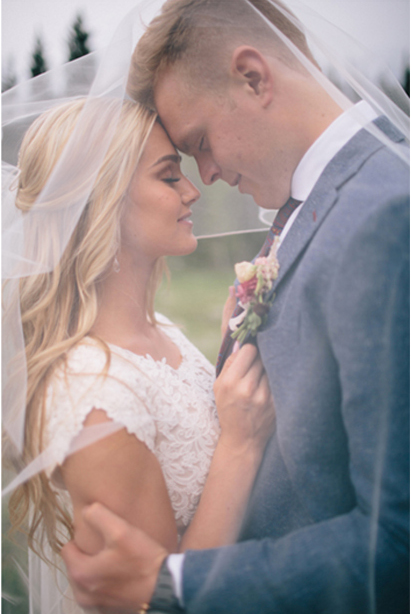