Rachel and Ryan met when they were 12 and 13, respectively. Ben (Rachel’s brother) and Ryan were on the same soccer team. Rachel thought Ryan was so cute, but didn’t think he’d be interested in her because she wasn’t a teenager. Ryan and Rachel never talked to each other during that season, but Ben and Ryan became good friends. Three years later, when Ben’s band needed a bassist, Ryan came to their practice to try out. Rachel and Ryan finally met, and instantly had a connection. They started dating a few months later, when Ryan asked Rachel to his Junior Prom. Since then, they’ve been inseparable. After nearly 8 years of dating, Ryan finally asked Rachel for her hand in marriage in Big Sur on April 29, 2018. 9 years later, we got married on June 23, 2019 and had the most amazing wedding surrounded by all of our family and friends. My gown was the first thing I did through the entire wedding process! I booked an appointment at Mon Amie in Costa Mesa, CA during a Moonlight bridal trunk show. This was the first stop of their Spring collection tour and the designer was actually there! I walked in and saw a girl wearing the dress and I said “I want that one.” The staff brought me multiple gowns, but nothing seemed right. I asked about that gown again and my stylist told me that girl didn’t end up taking that dress home so I was next up to try it on. I put it on and I had the full bridal moment. Even without alterations, it was already incredibly flattering and I knew this was it. It was the perfect balance of classic and fun with the different shades of ivory, blush, and taupe. I walked out to my family and they all lost it. My mom and dad were sobbing and my maid of honor was floored. The designer actually came and saw me while in the dress too! It was an incredible experience and I’ve been obsessed with Moonlight ever since. I felt like an absolute bombshell in my dress while still being classy. 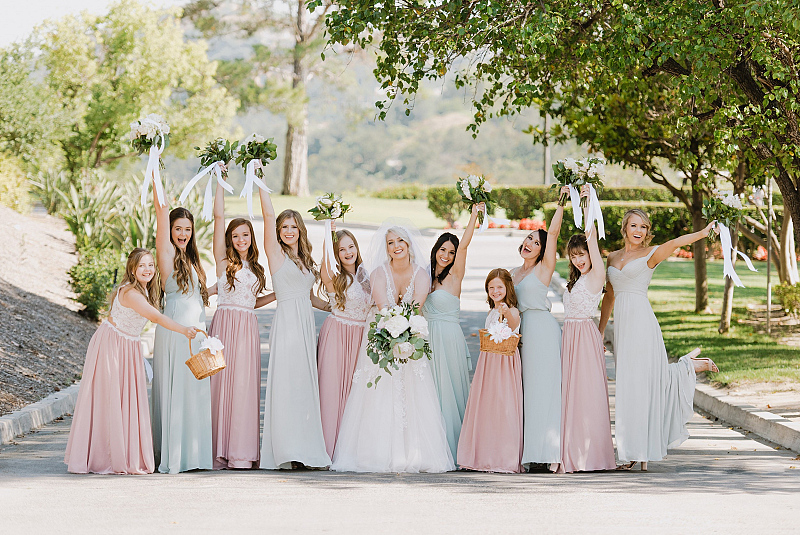 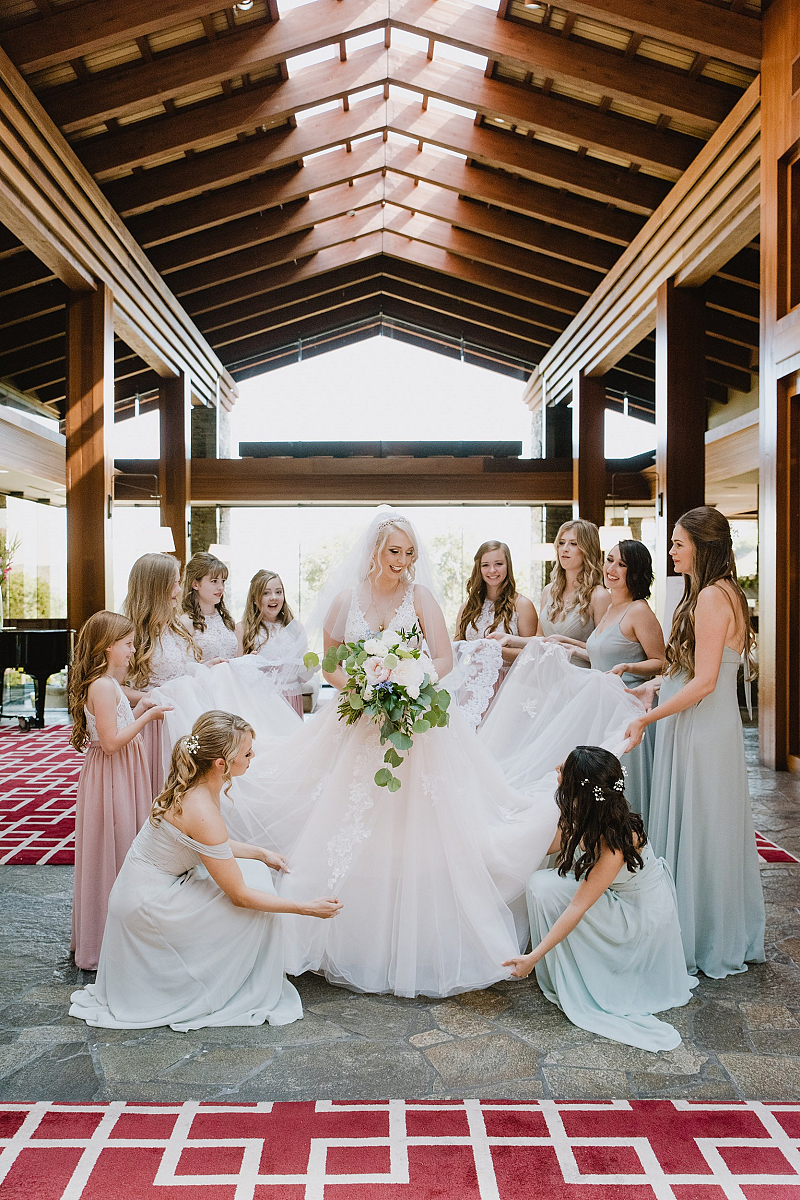 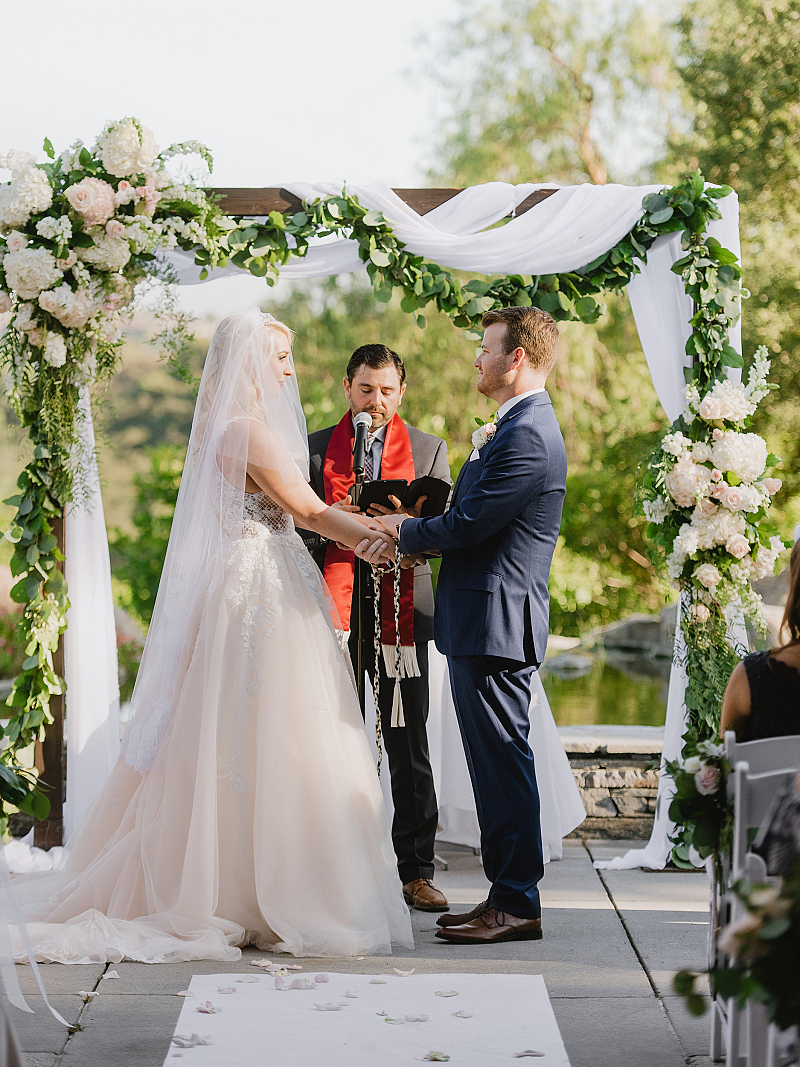