I met my husband in 2014 at a house party between our first houses in DC. We were both living in group houses on the same block, and were introduced by Mick's roommate, who I had met earlier in the year while Mick's room was vacant. I was living at 1153 when Mick moved into 1161 and we met at 1158. We hung out on and off throughout the evening, exchanged phone numbers, and started texting, as millennials do. A couple of days later, I was in my room and saw two mice run out of my closet, play in the middle of my floor, and run away. I texted Mick that I was going to the store for traps, and he insisted on meeting me at the corner to walk me there because it was dark out. The rest is history- we started dating, got engaged 2.5 years later, and married about a year after that! I shopped for my dress the December before our August wedding. I was at the 4th shop- Diane's Dream Brides- and had thought I had it narrowed down- I wanted a very structured satin A-line with a train I could have cut off because I really dislike the look of a bustle. I tried one like that on, and it was fine, but I wasn't seeing how it would go well with the other parts of my vision- the old freight house venue and flowers in my hair. Then, I tried on this dress. It was all of the structure I wanted but with all of the romantic lace I thought I was giving up on when I decided that structure was my #1 priority. I tried on a few others, but couldn't stop thinking about it. I ended up buying the sample from the store, as it was my size, and I was planning to take off the train- an expensive alteration. However, time came for my fitting, and the seamstress showed me what a bustle would look like. Turns out, the fabric was perfect to make the dress look like a normal A-line once it was done up- so I kept the train too! Photographer: Kellie Robinson Photography 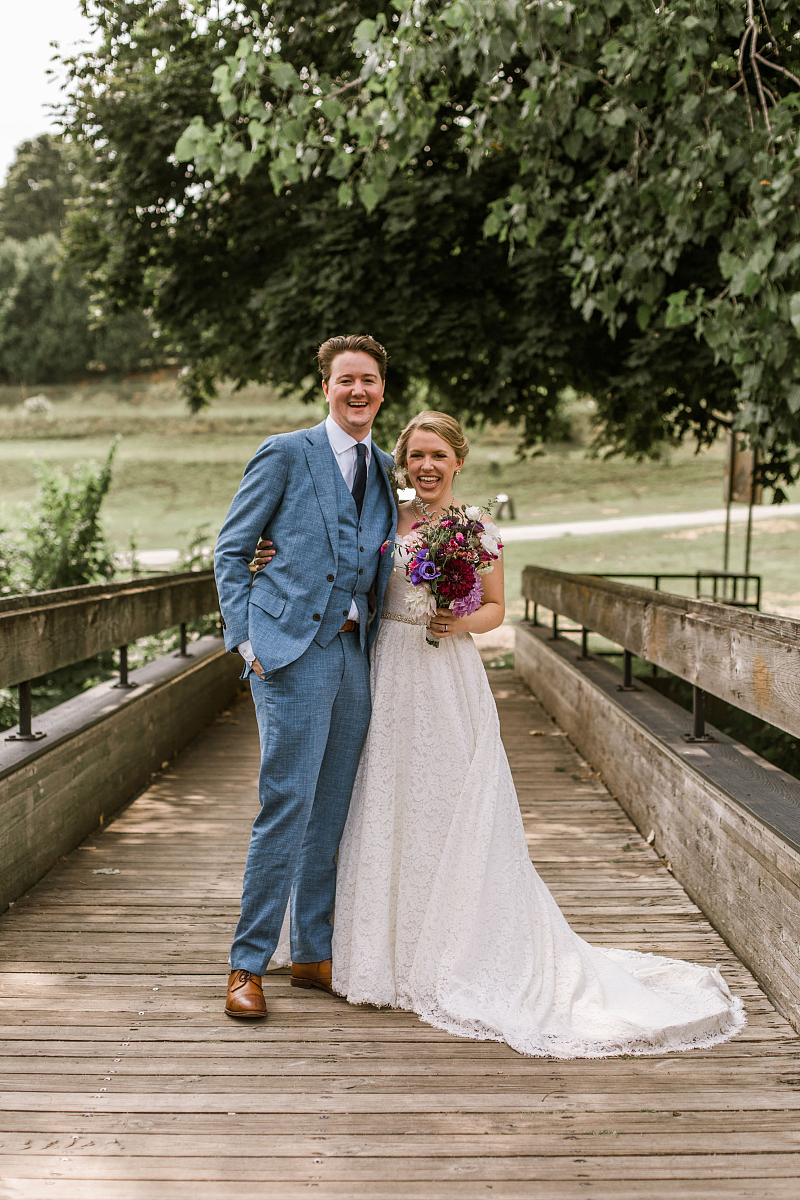 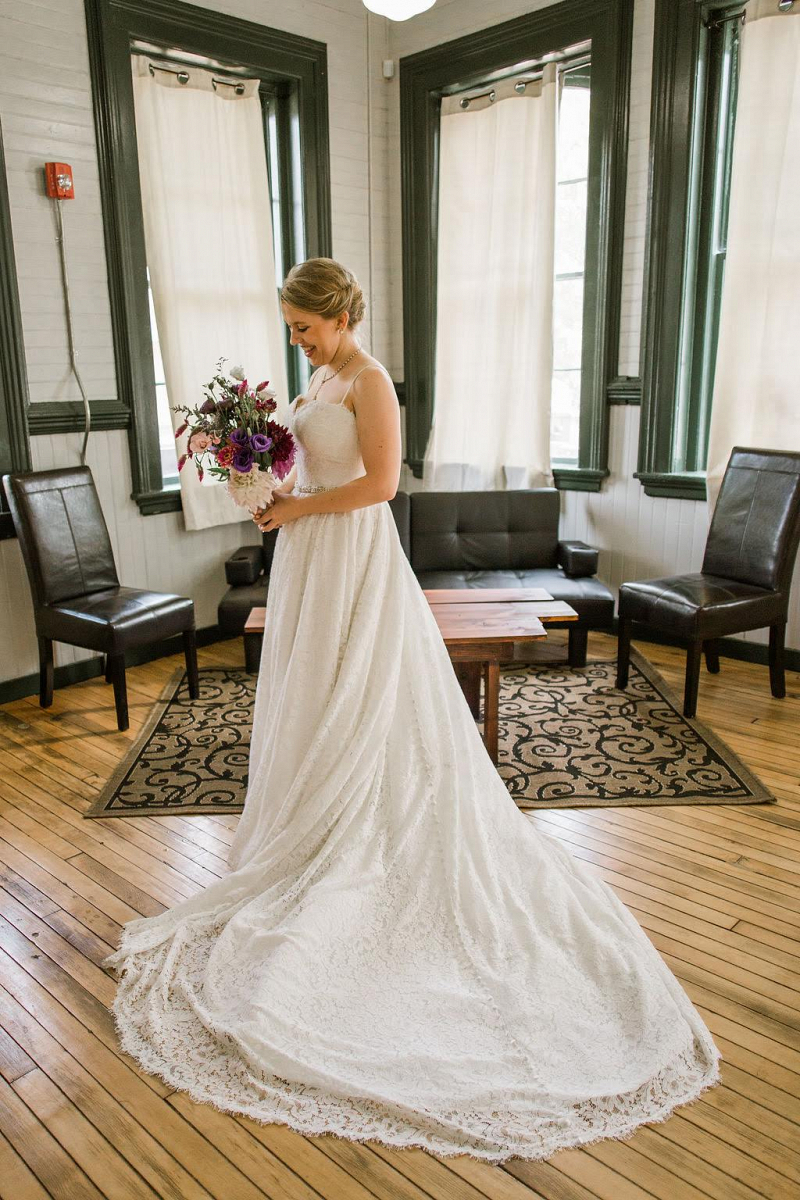 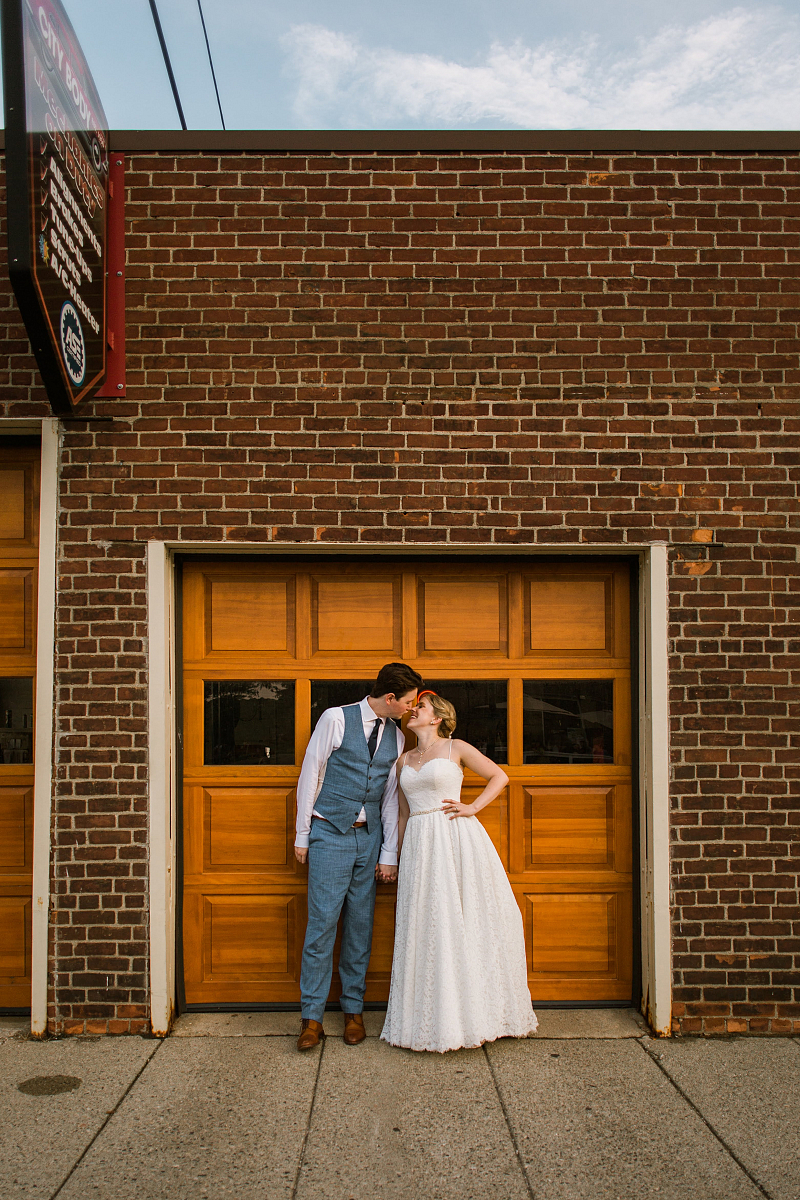