Taylor entered the graduation and passed by Samantha as she was taking graduation tickets from ticket holders who entered the football stadium. He had never before seen a girl as beautiful as Samantha and was nearly stopped dead in his tracks. After many glances and smiles over the course of the next few hours, Taylor and Samantha got to know one another a little bit. Taylor, as mentioned was taken by Samantha's beauty and charm. Meanwhile, Samantha too was taken by Taylor, handsome and confident in his uniform.  After some social media stalking, Samantha found Taylor and messaged him a couple days later. After some talking and going out meeting up with friends to watch the World Cup, Taylor and Sam had their first official date on June 29, 2015, at Good Stuff in El Segundo. Since that day, Taylor and Sam have gotten ample use out of their passports by visiting 6 different countries and 5 different states. They each enjoy Temecula, and on January 13, 2018, Taylor proposed to Sam at Avensole Winery overlooking the rolling hills and vines. In the last three years, Taylor and Sam have seen many of their close friends get married, and now they couldn't be happier to have their close friends and family get to be there when they say "I do." How I knew it was “the one:” I had an idea of how I wanted to look on my wedding day. I knew that I wanted a lace dress with a low back. With that being said, it was a lot harder to find a dress than I originally imagined. I spent a good portion of my life watching Say Yes To The Dress and for the most part they make it look a lot easier than it actually is. I tried on about 20 dresses and not one of them gave me the “feeling.” The moment I put on MY dress I fell in love and started to cry. I immediately pictured me marrying Taylor and that’s how I knew it was “the one.” I can honestly say that I’ve never felt more beautiful than I did on my wedding day. The train, lace detail, and open back was everything and more! Photo Credits: @alexandjanaphoto 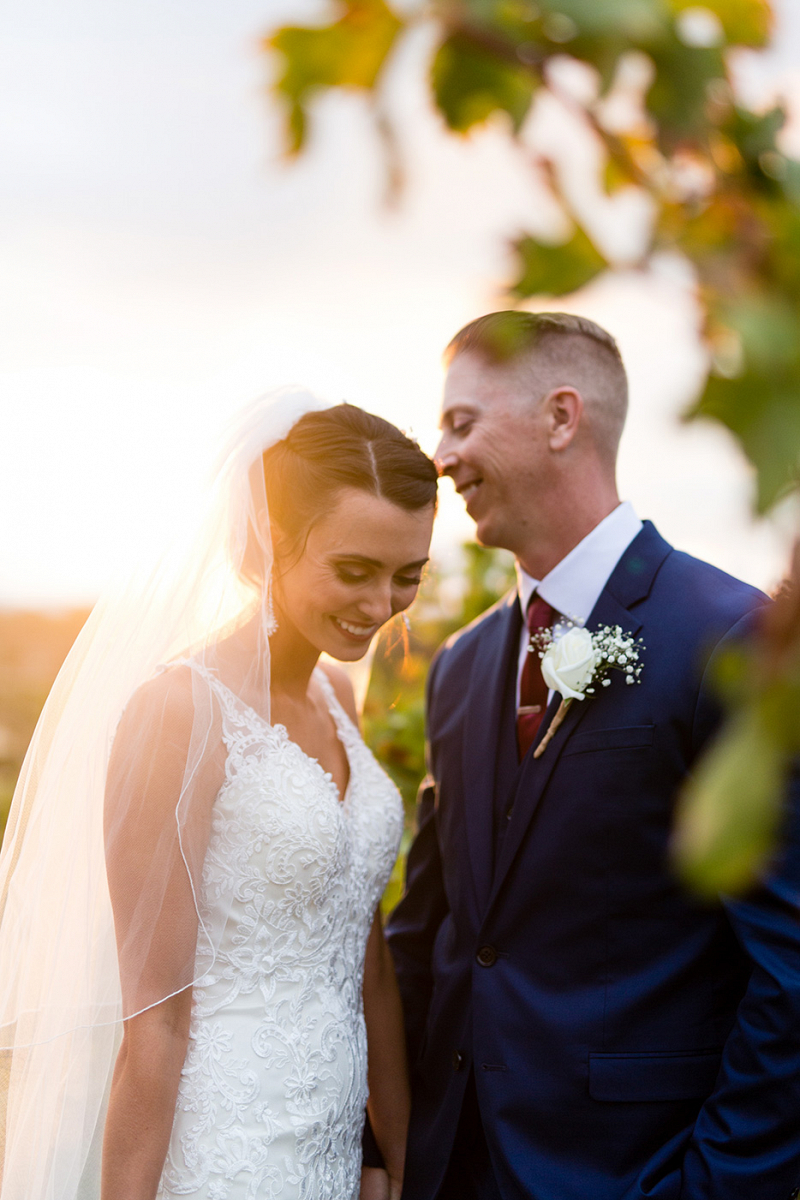 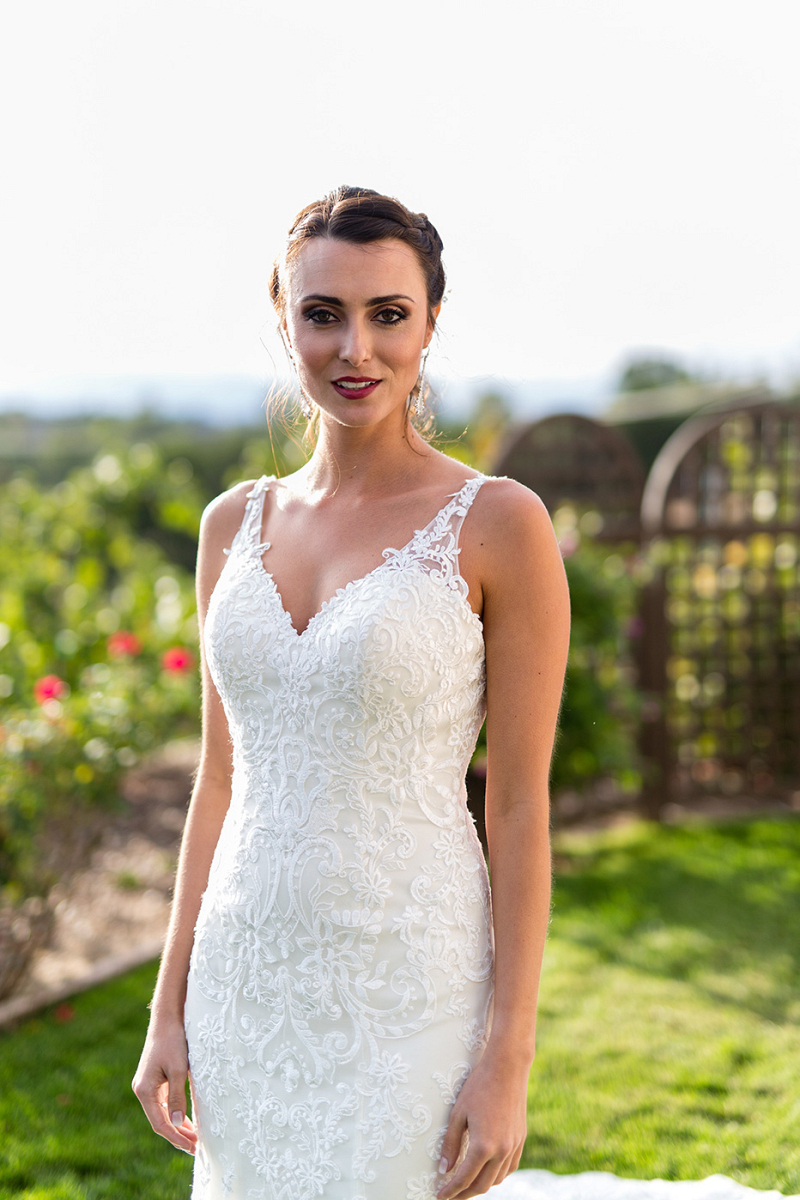 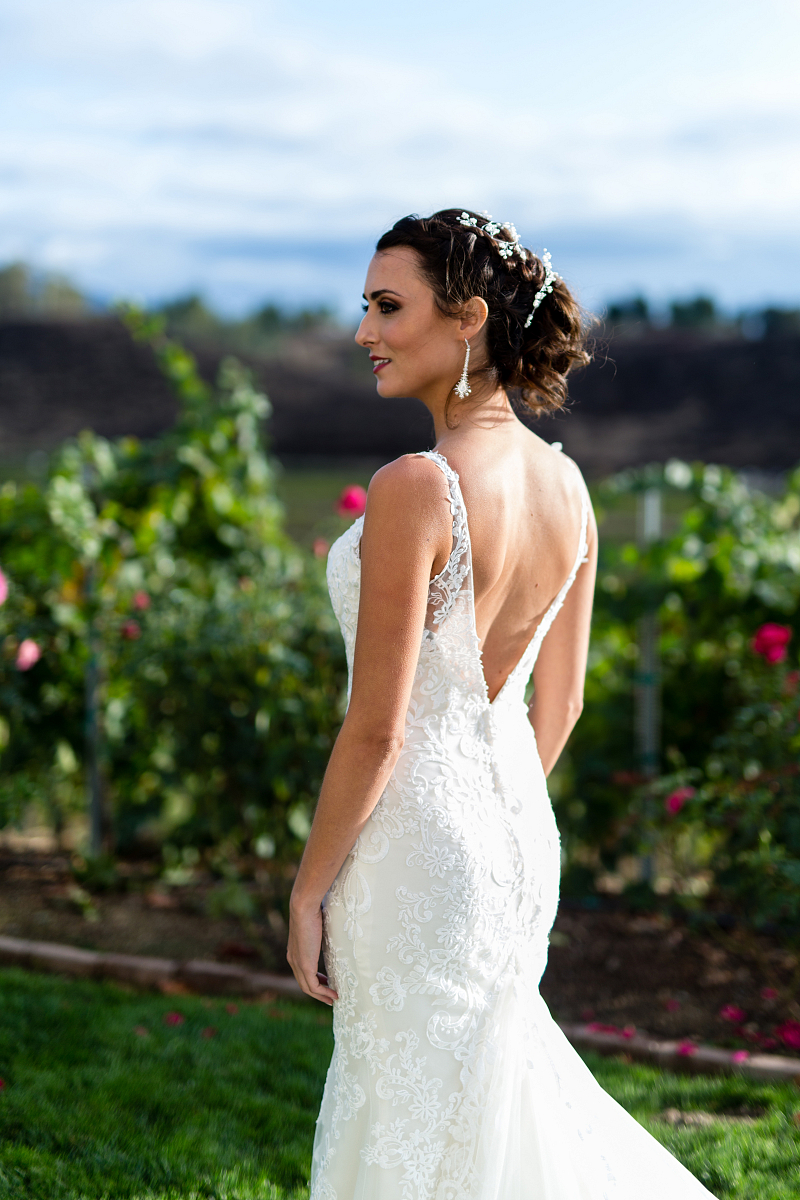