Dennis and I met 6 years ago through mutual friends. Every Tuesday after work my friend Rebecca and I would go out to eat. After dinner we decided to stop at a bar, where Rebecca introduced me to Dennis and his friends. They had plans to go to Atlantic City the next day and asked if we wanted to come. That night it sounded like a great idea and we agreed. The next day, the alcohol wore off it and it didn't sound as great anymore. I said, "I'm not going with those weirdos!!" We ended up hanging out a few times afterwards as a group and it turned into more than a friendship after an actual trip to Atlantic City for Rebecca's birthday. 6 years later Dennis asked me to marry him. We decided on a beach wedding in Playa Del Carmen, Mexico. I brought my mom and mother-in-law to go look at dresses. I had an idea of the kind of dress I wanted. Since it was on the beach, I wanted something light and flowy, but with a little poof. The stylist put me in all of these dresses that were too big and heavy and was not what I had in mind. So I told her I was open for other options. She came walking out with this dress, as soon as I saw that back I knew this was the perfect dress for a beach wedding. I knew from the moment I tried it on it was the one. Moonlight Style: J6369 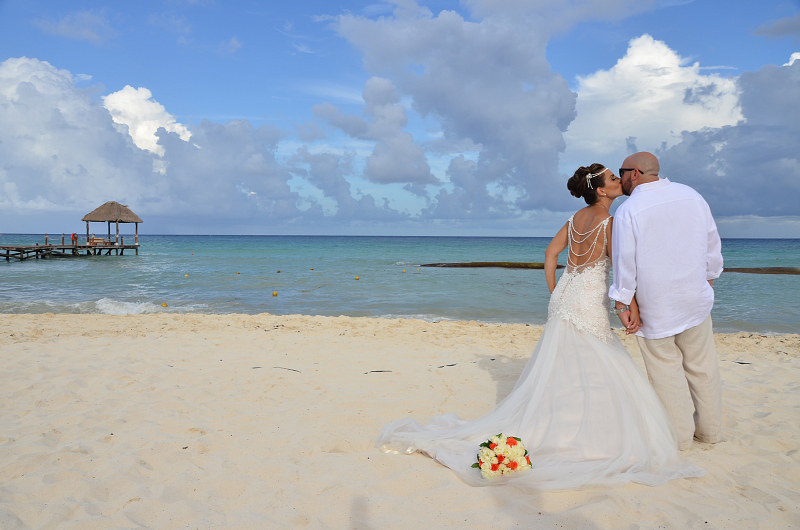